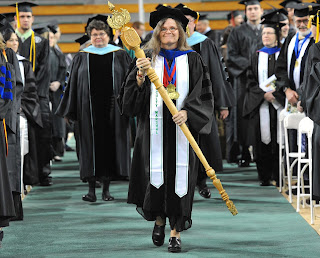 
Abstract:        The Marshall Differential Analyzer Lab offers undergraduate and graduate students the opportunity to investigate both the quantitative and qualitative behavior of solutions of certain classes of differential equations using primarily mechanical differential analyzers.  After a bit of training to use the machines, students have the freedom to plan their research study, program the machine, run the problem and analyze the results.  Recently, the team has been studying the behavior of solutions on sets known as time scales.  In particular, the group has been studying time scales that are unions of closed intervals.  The goal is to study the behavior of solutions as the sets converge to a single closed interval. A discussion of the relationship between the mechanics of the machine and the mathematics that it models will be presented as well as a demonstration by my graduate students of how we run a problem on one of the small traveling machines known as DA Vinci!

Biography: Inspired by her high school mathematics teacher, Mary Helen Miller, Dr. Bonita Lawrence began her formal mathematics training at Cameron University in Lawton, Oklahoma.  After a short career as a classroom teacher, she returned to the university to continue her education, earning a Master’s degree at Auburn University and a Ph. D. at the University of Texas at Arlington.  Her Ph. D. dissertation was written in the area of Stochastic Differential Equations.


Abstract:        Consider n workers and n jobs, where we know how much each worker charges for each job. The classical assignment problem deals with assigning the jobs, one for each worker, so that the overall cost is as small as possible. We will discuss a polynomial-time algorithm for solving this problem that was developed by Harold Kuhn in 1955.

Next, consider the usual Rubik’s cube with 9 square stickers on each side colored in one of six colors. We want to solve Rubik’s cube by peeling off the stickers and replacing them so that each of the faces has all stickers of one color. We will figure out how many stickers we would need to peel off and replace in the worst case scenario and will also discuss a few generalizations of this problem.

We will explain a connection between these two seemingly very different problems and will also talk about tropical determinants, linear programming, Hall's marriage theorem, and the Birkhoff polytope.

Biography:  Jenya Soprunova is an Associate Professor of Mathematics at Kent State University.  She received her Ph.D. from the University of Toronto in 2002.

Jenya has worked as coordinator and advisor for the NSF funded REU program at Kent State.  She coordinates the Choose Ohio First: Success in Math program and a Masters’ program for secondary mathematics teachers at Kent State. 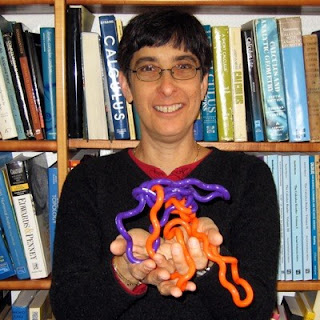 
Title:               Intrinsic Properties of Graphs in ℝ
Abstract:        Knot theory is the study of embeddings of simple closed curves in ℝ.  A natural extension of knot theory is the study of embeddings of graphs in ℝ.  However, in contrast with knots, the structure of a graph can be complex, and this can affect all of its embeddings. If every embedding of a graph has a particular property, then we say that property is intrinsic to the graph. For example, a graph is said to be intrinsically knotted if every embedding of the graph in ℝ contains a knot. In this talk, I will discuss intrinsic knotting and other intrinsic properties of graphs. 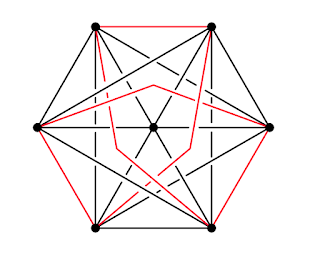 Biography: Erica Flapan joined the faculty at Pomona College in 1986.  Since 2006, she has been the Lingurn H. Burkhead Professor of Mathematics at Pomona College.  In addition to teaching at Pomona College, Flapan taught at the Summer Mathematics Program for freshmen and sophomore Women at Carleton College from 2000 until 2015.  In 2011, Flapan won the Mathematical Association of America’s Haimo award for distinguished college or university teaching of mathematics.  Then in 2012, she was selected as an inaugural fellow of the American Mathematical Society.  She is currently a Polya Lecturer for the MAA.

Erica Flapan has published extensively in topology and its applications to chemistry and molecular biology. In addition to her research papers, she has published an article in the College Mathematics Journal entitled “How to be a good teacher is an undecidable problem,” as well as four books.  Her first book, entitled ``When Topology Meets Chemistry" was published jointly by the Mathematical Association of America and Cambridge University Press. Her second book entitled ``Applications of Knot Theory," is a collection of articles that Flapan co-edited with Professor Dorothy Buck of Imperial College London. Flapan also co-authored a textbook entitled ``Number Theory: A Lively Introduction with Proofs, Applications, and Stories" with James Pommersheim and Tim Marks, published by John Wiley and Sons.  Finally, the AMS recently published her book entitled “Knots, Molecules, and the Universe: An Introduction to Topology”, which is intended for first and second year college students.

Malena Espanol, The University of Akron 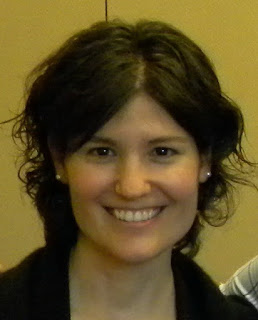 Abstract:        When we use a camera, we want the recorded image to be an accurate representation of the scene that we see. However, in some situations such as photographing a moving object, what we obtain can be a blurred image. In image deblurring, we seek to recover the original, sharp image by using a mathematical model of the blurring process. In this lecture, we will see a brief introduction to the basic image deblurring problem and some mathematical tools to address it.

Biography:  Malena Espanol is an Assistant Professor of Applied Mathematics at The University of Akron. Originally from Argentina, she received her B.S. from the University  of Buenos Aires in 2003 and her Ph.D. from Tufts University in 2009. After graduation, she spent 3 years as a postdoctoral fellow at the California Institute of Technology. Malena is a national Project NExT Fellow (Brown’13 dot) and has participated in several Ohio NExT workshops. She serves as the faculty advisor for both UAkron SIAM student Chapter and the Women in Math group. She is also a member of the SIAM Diversity Advisory Committee.

Malena’s research interests are in applied and computational mathematics with applications to image processing and materials science. Malena has been the recipient of several grants that include an MAA-Tensor Women and Mathematics and two NSF grants.